All About Rising Damp

Rising damp buildings may be defined as the upwards flow of moisture through a permeable wall structure, the moisture being derived from groundwater. This moisture rises through the pores (capillaries) in the masonry by a process loosely termed as “capillarity” which cause the masonry to act like a wick.

Rising damp varies in severity depending on of several factors including the level of groundwater, the pore structure of the masonry materials (brick, bluestone, sandstone, mortar etc…) and the rate of evaporation away from the wall surface. It requires treatment because it has a number of undesirable effects on the structure of the building. Like cancer in humans the longer it is ignored the more severe the consequence.

These two headings are often the cause of confusion. Rising Damp becomes Rising Salt Damp when salts are present in the soil and are drawn up with the moisture. In Australia Rising Salt Damp is particularly prevalent in South Australia where it is referred to as Salt Damp due to the high salinity in the soil. On the Eastern seaboard and in the West where the soil contains less salt it is more commonly referred to as Rising Damp.

How do you know if you have Rising Damp? 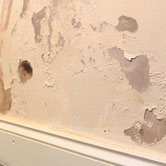 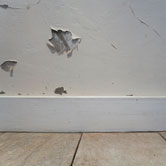 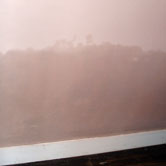 If any of these symptoms are in evidence then there is the risk of rising damp being present. However a process of elimination is required as other cause of dampness in buildings need to be eliminated as they require other remedial treatments.

This is where there is soil, dirt, or a garden bed, etc. which is higher than the inside of the wall where dampness is evident and is entering the masonry laterally. A cellar situation or walls built into the side of a hill are obvious cases where lateral damp would be the cause.

A common cause of dampness which can be identified even without a moisture meter if it is evident high up the wall especially over a metre high. Rising Damp normally does not rise above a metre in height.

Condensation is a common cause of dampness and is the change of the physical form from the gas phase (water vapour) into the liquid (condensed) phase, and is the reverse of evaporation. It can also be defined as the change in the state of water vapor to liquid water when in contact with a liquid or solid surface.

A common example of this, especially in cooler climates, is when the bathroom mirror. “steams up” when the water vapour created by the shower condenses on the cooler face of the mirror. The same effect is witnessed in other rooms when walls have retained coolness due to the season and the rooms warm up when inhabited. Water vapour in this warm air changes back into liquid form when in contact with the solid surface of the cool walls. Condensation can be distinguished from rising damp even without a moisture meter as it has no height barriers and if it is evident higher up walls it cannot be attributed to being rising damp as rising damp does not usually rise above a metre in height.

Condensation when not treated can lead to mould growth on walls, furniture and clothing. Mould and its spores (‘seeds ’) will cause a musty odour and can sometimes give rise to health problems. Condensation will predominantly occur on cold walls and floors, but sometimes will occur in roof spaces and in subfloor areas where there is a suspended floor. Timbers in these areas could be susceptible to damage by dry rot, wet rot and white ants.

Mould growth is associated with condensation and is grows as a result of long term untreated condensation.

Mould growth is associated with condensation and is grows as a result of long term untreated condensation. Mould spores are generally present in the atmosphere and normally do not cause a problem due to their low levels and will not settle on dry surfaces but will settle and generate growth when they land on constantly damp surfaces where thet will germinate and develop into heavy mould growth which in turn releases vast numbers of spores which is not only unsightly but can become a health risk particularly those prone to asthma. Mould can be treated by different chemicals on the market, some more effective than others, but the best remedy is to reduce the level of condensation thus eliminating an environment which encourages it’s growth. As can be seen Mould is not an indicator for the presence of rising damp

Again, if the dampness is more evident higher up the wall, wait for a rainy day, the heavier the better, go outside and check the gutters and downpipes for evidence of overflow into the top of the wall.

Falling damp is caused by moisture entering from the top of a property due to building defects and/or poor maintenance; for example, broken tiles or other roofing material defects and blocked guttering and down pipes. In addition masonry which has become defective with age as evidenced with damaged bricks and the deterioration of mortar courses and cracked renders.

Falling Damp has obvious visible sign in the form of a watermark which is created by blocked gutters and downpipes and is prevalent in periods of heavy rain. No salts will be present with falling damp.
Solutions for falling damp is increased maintenance and the repair of and/or replacement of obvious causes of ingress.

If the only walls to have evidence of damp are on the perimeter of a “wet” area such as a bathroom, laundry or kitchen then diagnosis by a plumber pressure testing pipes and checking shower units could eliminate the possibility of rising damp.

N.B. Always consider the above as possibilities if the house is less than 40 years old.

Having identified the cause of moisture is rising damp then it needs to be treated by introducing a new damp proof course. Sanding back damaged walls and/or plaster and repainting, covering the wall with plasterboard and any other band aid remedy will prove to be both a waste of time and money as the problem would not have been resolved. There is some urgency introducing a new damp proof course at this stage as rising damp in masonry is like cancer in humans, the longer you leave it untreated the more serious the condition especially if salts are present as evidenced by white powder on the surface. The reason the salts cause so much damage is that they are continually moving. On dry days with low moisture in the air they contract then on wet days or days of high humidity they expand so they are continually expanding, contracting, expanding, contracting until the masonry starts to crumble and mortar turns to dust.

How long does this take? Who knows as there are many variables, it could be years or tens of years but it will happen unless treated.

How to Treat Rising Damp